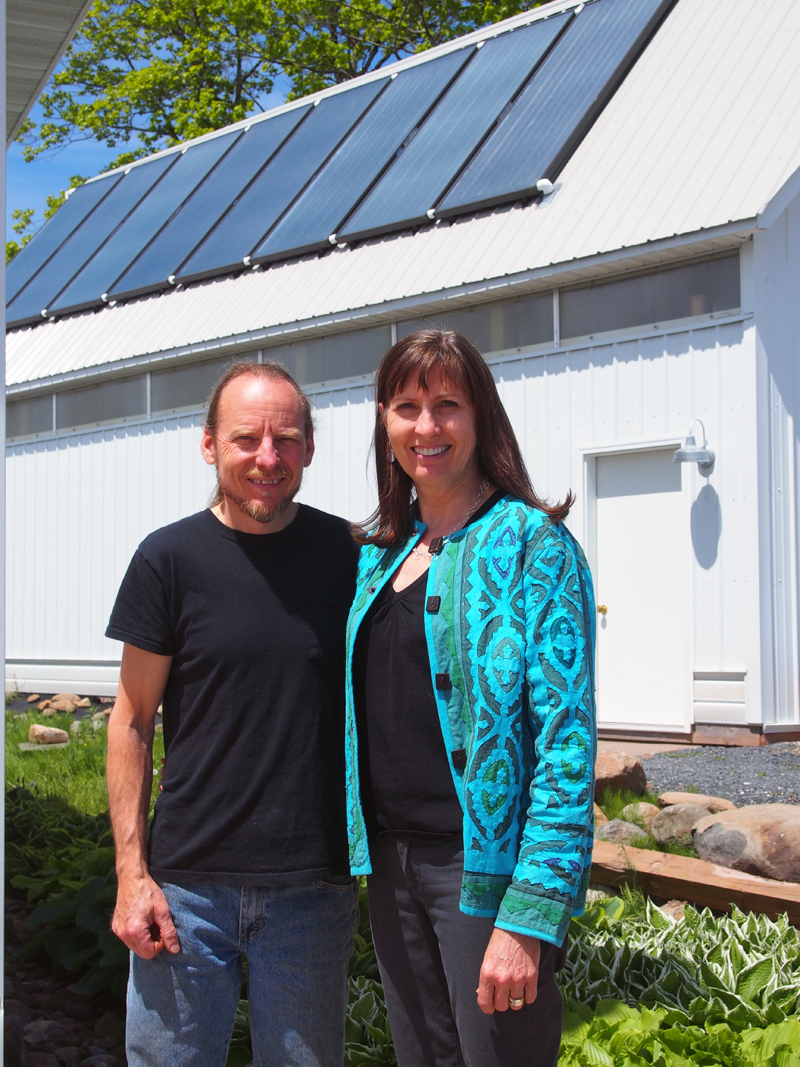 Moon Lake summers are awesome… right up to those few days where temperatures surpass 80 degrees. It isn’t the heat but instead the humidity that drives me crazy. Crazy enough that after years of debate, my husband finally realized that if we didn’t get central air, our marriage might not survive. (It helped that I was also 8-months pregnant and on bed rest when he finally caved).

This past weekend, we ran it 24/7. It was pretty much heaven. But, I couldn’t help but feel a bit guilty about the energy I was consuming. Not enough to turn it off but more like the guilt you get when you sneak a piece of cake when nobody is looking.

I’d like to say my hubby and I are conservative environmentalists. We burn wood when we can, recycle, reuse and steer clear of gas-guzzling vehicles as much as possible. We try to support local businesses. But, I also shop at Wal-Mart and have even contemplated sneaking ketchup packets into the Duluth Grill to avoid using their homemade stuff. It is about balance folks.

That said, I really respect people who walk the talk. In June, I had the opportunity to tour Bailey’s Greenhouse outside of Bayfield. It is a wholesale greenhouse that isn’t open to the public but has gained local attention for its commitment to renewable energy. Driving up, I wasn’t surprised to see the rows of solar panels around the property. But, there definition of renewable energy is so much more than that.

Joe Bailey and Gail Chatfield utilize a variety of renewable energies to power their home and business. And, they can truly quantify the savings they are experiencing while doing their part to help the planet. If you’re interested in the numbers, you can read the article I wrote for this month’s Business North here.

This in itself would be impressive. But what really inspired me was their commitment to giving back. They are busy sharing their knowledge and resources with others through a regional website. And, they are investing time and energy into bringing local foods and education to area schools. I only spent an hour or so interviewing and learning more about the operation so I’m no expert on what they have accomplished. But, what I do know is they are passionate about renewable energy and living proof that where there’s a will there’s a way.

Community solar is slowly making its way to Iron River. My husband I were quick to sign up for a few panels. But, after hearing their story and learning more about the potential community solar has for a community, we’ve committed to doubling down on our investment should the initiative move forward. I’m hopeful it will, not only because it is the right thing to do but because it helps me run my AC completely guilt free on those hot, sunny, summer days.

Sign up today for my free e-newsletter Rural Ramblings!