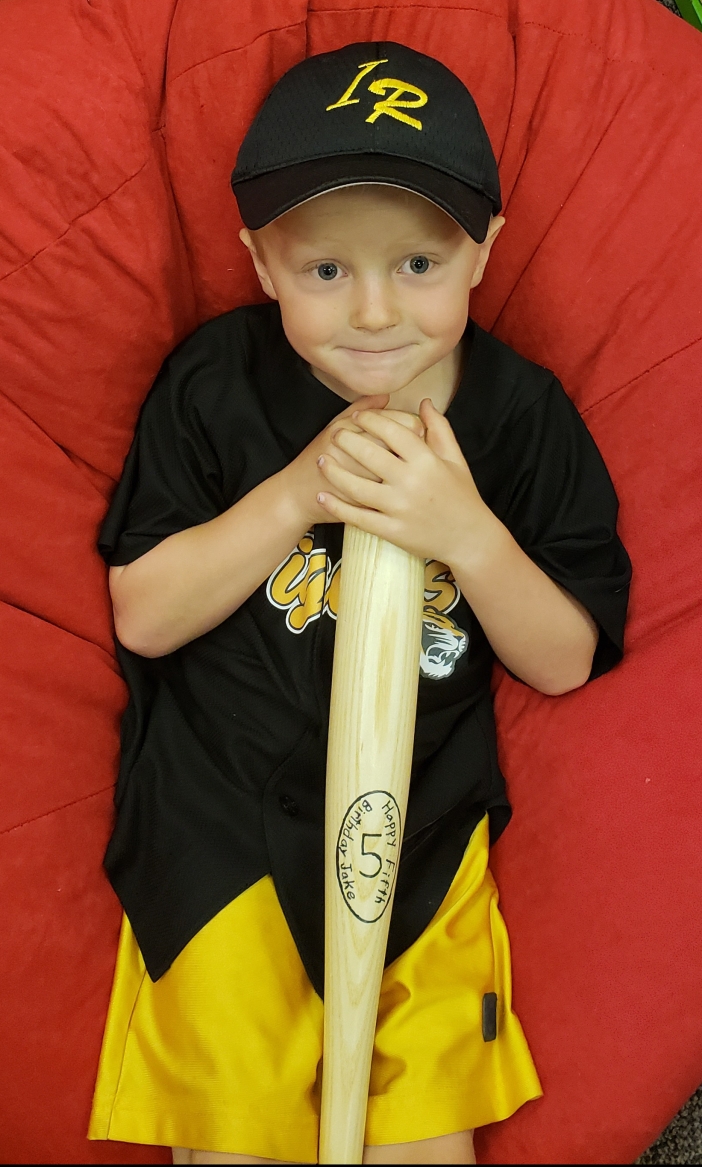 Hey folks – I’ve successfully completed another trip around the sun which means it is time for me to hijack mom’s blog. Today I turn five. This is a big deal. You want to know why? Many moons ago my mom went to bull riding at our local county fair. At intermission she saw her first mutton busting competition. She knew then that if she were ever lucky enough to be a mom, her kid would compete. Turns out you have to be five to ride a sheep bareback. It also turns out that bull riding happens to be at our fair in 48-hours so alas, that’s what I’ve been up to.

I will say this, there is something entertaining about mom and dad pretending to be a sheep in the living room so I can work on my form. At this point, I’m confident that with enough promises of ice cream, no bedtime and maybe a pet goldfish, that I will maybe even get on the sheep’s back. Stay tuned for however many images one can capture in a 2-3 second ride on my mom’s social media accounts later this week.

But, that’s just this week in our house. My life is so much bigger than that. I’m not sure if you’ve heard but in the past year I became a Ninja. It isn’t that I don’t appreciate super heroes like Batman anymore, but I’m finding the combination of strength, wisdom and strategy of a Ninja to be much more a reflection of who I want to be in life. I’ve also decided that I love sports – more specifically – sports that involve swinging bats, knocking people over, or throwing balls in the house. Dad just made me my first wooden bat for my birthday. It is pretty awesome. In other words, I am 150% boy.

Despite my love for sports (and Nerf guns), I’m not letting that define me either. I also enjoy painting my nails and being my own stylist. This includes doing my hair and dressing myself in a combination of GQ meets country boy meets wanna be professional athlete. I especially like Puma, clip on ties and crocs.

I still love food. I’m not a huge fan of sweets. But, if you put a taco, Jack’s pizza, hamburgers or fruit in front of me, don’t plan on me sharing. I love chicken wraps. But, after becoming a bit addicted to apple juice, I was weaned of all juice at home this past winter. It was a bit rough at first but it has led me to sneaking the occasional lemon-aid when we go out or have guests over. Mom also allows me to chew bubble gum.

I hate to brag but I’m also pretty smart, when I choose to. My pre-k test scores, which are a big deal if you are 4 and trying to get into the big brown school, were off the charts high. In other words, I’m totally qualified for kindergarten. I know my letters, can count, and am even starting to spell cool words like bee, bat and stop.

I’m obviously potty trained. But, I even wipe on my own now. Occasionally I miss the toilet but let’s be real, what man doesn’t? That’s right, man. Mom says I’m now a little man.

This past year was marked with quite a few adventures. We went on our first real family vacation on a plane. We went somewhere called Florida, where I got lots of time in the water and picked shark teeth on the beach. I also hit up a flurry of community festivals, the science museum, Airshow, petting zoos, green cabin time and lots of time at our local library. I even managed (with the help of dad) to get mom’s card blocked due to too many overdue items or something. But come on folks, I don’t drive so I really don’t think that’s my fault. Speaking of driving, I’ve been improving my bike riding skills. This summer the training wheels came off and as long as I don’t have to stop I’m good. The whole stopping thing (on pretty much anything in life) is still a bit foreign to me.

What else can I tell you? I’m still rocking daycare 40+ hours a week. A new girl moved in across the street named Gracie. Next month I start kindergarten. Last month I did my first week at Vacation Bible School. I took third place in the 4-year old boys tractor pedal pull. Oh, and I dunked our town’s police officer after leading off the Blueberry Festival Parade with dad. Yep – I’m still a big deal. There’s a reason I wear a shirt called I run this town along with another that says meet the next president.

Seriously, though, it was another great year. I’m learning and growing (upwards not sideways anymore). I occasionally get angry but am finding ways to control my temper. I find sorry goes a long way, especially when I’m tired of being in time-out, and that I definitely inherited my mother’s stubborn gene. Someday that’ll pay off. In the meantime, we’ll just call it Karma, mom.

So much more going on in life right now but time to get back to living it versus writing about it. So, for those still reading, I hope everyone is enjoying what is by far the single most important day of the year!